Approximately one million Britons live in Spain permanently or maintain holiday homes there.

The worst effects of the global recession have seen property prices plummet, representing a golden opportunity to pick up relative bargains. For those unable to sell, it provides a significant headache. 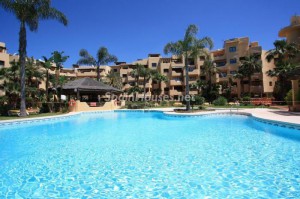 Fewer and cheaper sales not only spell bad news for owners and vendors - they have also caused concern on the part of Spain’s tax authorities, which have seen their take decrease due to the slowdown in the property market.

In order to reverse the situation, tax officials have taken more proactive steps, resulting in an increase in reviews of sale prices and the transfer taxes paid when properties are bought. It’s a step that can have consequences for buyers a number of years after ownership of the homes in question has changed hands.

This price review is a valid long-standing tax measure under Spanish property law. However, it is not necessarily apparent or brought to the attention of those eager to start life overseas.

Under the terms of the Spanish law Ley del Impuesto sobre Transmisiones Patrimoniales y Actos Jurídicos Documentados, enacted in 1993, regional tax authorities have powers to examine all property purchases in order to ensure that the correct amount of ITP is paid by the buyer.

Such powers were designed to ward off deliberate attempts at tax avoidance, and were intended to be applied on an ad hoc basis, but there is clear evidence that such checks are becoming more commonplace and less random.

Buyers might assume that they’re in the clear if they pay the taxman the quoted percentage on the price they agree with a vendor. The exact amount of ITP depends on the various autonomous
authorities across Spain but commonly varies between eight and 10 per cent of the sale value.

However, the law entitles tax offices to calculate the sum they’re entitled to not on the agreed sale value, but what they believe to be the "real" value, should this exceed the transaction price. This official value is set according to a number of factors, including local land values and property records.

Given the various circumstances in which owners might be prepared to accept offers well below a property’s recognised market value – such as disposing of a home they inherited but can’t afford to keep, divorce, the loss of a job or disenchantment with life on the Costas – there is the potential for any number of sales to come under review.

Importantly, regional tax authorities may conduct their review up to four years post-completion of a sale. Buyers might only become aware that they are liable for the difference between the ITP paid at the time they took ownership and the official calculation when they receive a demand for additional taxes at their Spanish property.

Those owners who only occasionally visit such second homes may not immediately pick up such a tax bill in their post, missing crucial deadlines. Penalty charges and interest might, therefore, also accrue.

The worst case scenario could even result in a property being seized in order to settle the additional overdue tax claimed following an official price review.

Property owners do have a right of appeal, and Spanish courts have already quashed some reviews on the basis that the tax authorities lacked sufficient valuation grounds to proceed. Swift action, though, is required on the part of the property owner.

These price reviews need not be a deterrent to Britons wanting to embark on an Iberian adventure, but they must do so with their eyes wide open.