The 'Golden Visa' system now operating in Spain has prompted a 2,500 per cent increase in interest from Middle Eastern buyers in the year to date, compared with the same period in 2012. 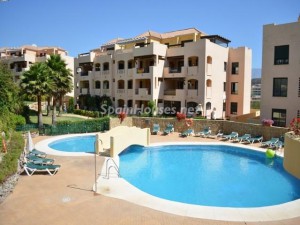 Since October 1 2013, any non-EU national coming to Spain with more than €500,000 to invest has been automatically granted a residency permit, which has resulted in increased interest not only from the Middle East, but also from Asia and Russia.

The low property prices in Spain, which suffered from a glut of unsellable property during the credit crisis and high levels of repossessions, combined with the ability to secure EU residency has boosted tourism in recent months as potential buyers flock to the country to find their perfect property.

More than eight million people visited Spain in August alone, according to the Spanish tourism ministry, with Russians flocking in their thousands – between January and July this year, the number of Russian visitors rose by 30 per cent to 838,876.

The renewed interest in property in the country is good news for sellers, or those who held on to properties while times were tough.

The minimum investment level is €500,000, but this doesn't have to be in just one property, it is accumulative and can be made up by investing in one or more properties.

The Balearic Islands continue to be particularly popular, with the biggest increase of tourist spending. Within the first eight months of the year, the Islands received €7.94 billion in spending by international tourists, 9 per cent more than in the same period last year, and 19.6 per cent of the total for the whole of Spain.

Mallorca boasts one of the most famous coastlines in Spain, attracting millions of visitors each year, and is traditionally a favourite destination among foreign buyers drawn to the clear blue waters, secret coves with private sandy beaches, quaint villages, stylish cafés and restaurants, and an abundance of historical, cultural and leisure activities.