House prices in Spain rose on a quarterly basis for the first time since the middle of 2010 in the third quarter of this year, but experts were quick to point out that this does not mean that the housing market has started to emerge from trough it plunged into around the start of 2008. 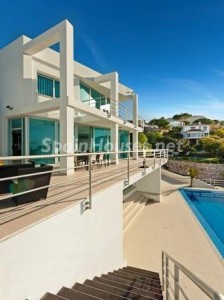 According to figures released by the National Statistics Institute (INE), house prices climbed 0.7 percent in the period July-September from the previous three months.

Prices on average have fallen over 40 percent from their highs around the end of 2007 after more than doubling over the course of a decade-long boom that turned to bust.

The INE said that home sales in October declined 10 percent from the same month a year earlier to 22,770, the lowest figure since March and one of the lowest since the real estate bubble burst.

Although the economy emerged from an extended recession in the third quarter of this year, a jobless rate of 26 percent remains a major impediment to a recovery in the housing market, which still has an estimated glut of some 600,000 housing units. Banks have also tightened up on lending, citing a lack of “solvent demand.”

Would-be home buyers are finding it hard to secure the necessary funding at current prices and seven out of 10 transactions taking place are in cash.

According to figures also released Monday by the Public Works Ministry, average urban land prices dropped 12.4 percent from a year earlier to 147.4 euros per square meter, the lowest price since 2004.