Ángeles Muñoz, Mayor of Marbella, has announced that the controversial plans to build skyscrapers in the town will not go ahead, and the debate about them is over. She did not say whether the modification of the town plan which was recently approved as a first step towards building the tower blocks would be debated again by the council with a view to annulling it. 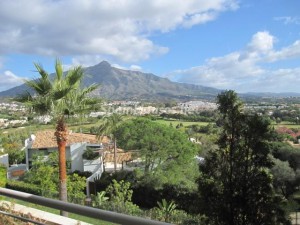 Backtracking on her previous statement to the effect that no decision would be made until a public board had been convened and consulted, and in the face of strong opposition, the mayor said that it would not be necessary to wait for January and the advice of the yet-to-be-created board, because the decision had been taken.

In the mayor’s opinion, this means an end to the debate about the project for skyscrapers. Asked about the creation in Marbella of a citizen platform made up of promoters, architects and ecologists who are opposed to the project, she said:

“Anybody can form a group and debate. If a platform is set up we will be delighted to hear its opinions, but on the part of the local government I am telling you there is no intention to go ahead,” (in reference to the skyscrapers).

The plans to build several lofty skyscrapers in Marbella have been a hot topic of conversation amongst the town’s foreign resident population recently.

Under the proposed scheme six tower blocks of up to 150 metres in height were planned for five different neighbourhoods in Marbella.

However, many foreign residents living in Marbella have criticised the plans saying the towers will harm the image of the town, as the majority of its buildings are low rise.

A Facebook group opposing the plans called “No a los rascacielos a Marbella! Basta Ya” (No to Marbella’s Skyscrapers. Enough is enough) has more than 1,000 members, while an online petition has attracted 1,800 signatures over the past few weeks.

2 thoughts on “The debate is over: no skyscrapers in Marbella (Málaga)”