The Spanish housing market remained locked in a trough in 2013, six years after a massive property bubble burst. 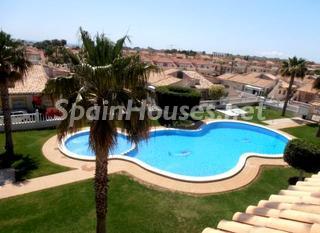 According to figures released by the National Statistics Institute (INE), the number of homes sold last year, excluding public housing schemes, fell 1.2 percent from a year earlier to 276,600 after falling 11.3 percent in 2012 and 18.2 percent in 2011. During the height of the boom over 800,000 houses were exchanged in a year. In December alone sales fell 11.0 from a year earlier to a new monthly record low of 18,619.

The only respite the market has had since boom turned to bust was in 2010 when sales increased 4.8 percent, driven by the purchase of new homes before the introduction of a hike in value-added tax.

The fall in sales to Spaniards was partly offset by purchases by foreigners taking advantage of falls in prices of over 40 percent, and even more in the Mediterranean coastal area, from their peaks around the end of 2007.

Demand has been severely constrained by a jobless rate of over 26 percent and falling wages, while banks have tightened conditions for mortgage loans. The government has also removed across-the-board tax rebates on mortgage payments on the family home on top of a further rise in the value-added tax rate on new home sales.