Spanish architect Sergio Rojo has recently completed the extensive refurbishment of a building which began to deteriorate at the turn of the 20th century. Serving for many years as a vibrant cultural locus in Logroño (La Rioja), a city in northern Spain, this former theatre has seen its share of neglectful tenants, none of whom demonstrated a true appreciation for either its undeniable tectonic qualities or its promising transformative possibilities. 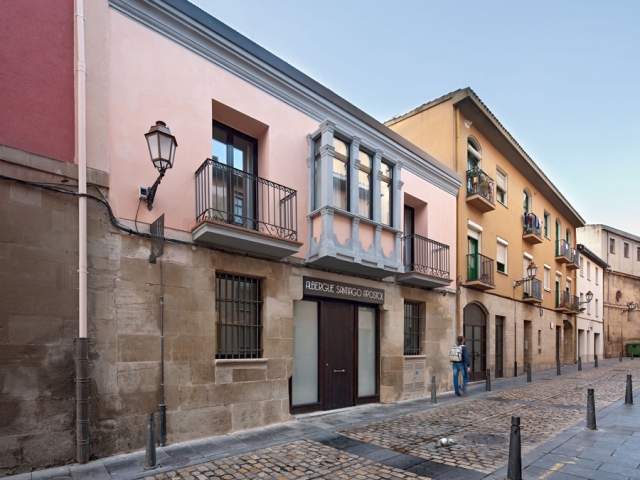 As expected, the long-lasting lack of adequate maintenance has led the decaying building to lose its attractiveness and identity. Much to the delight of local architectural enthusiasts, the current owners saw grounds for optimism as they have taken all the necessary measures to remedy this predicament. Now the host of a pilgrims’ Hostel, the project capitalises on its convenient location and articulates interesting relationships with nearby ecclesiastical facilities and landmarks.

Having undergone a successful facelift, the building also benefited from careful structural repairs. This enabled the architect to preserve the construction’s yesteryear character and effectively highlight the hundred-year-old wooden trusses, probably one of the most distinctive features of a fairly uncommon typology for this geographical context. 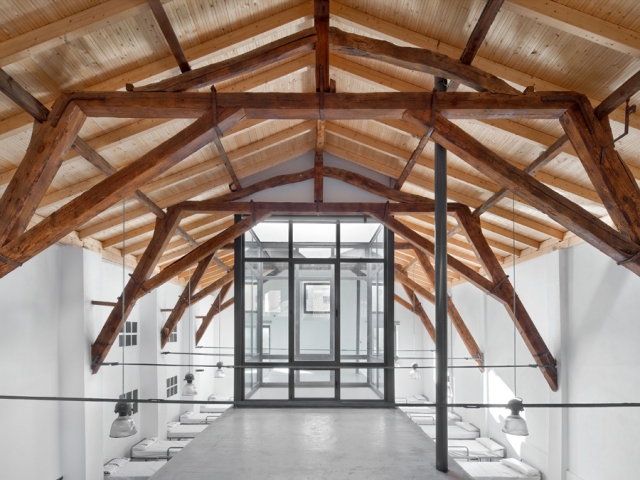 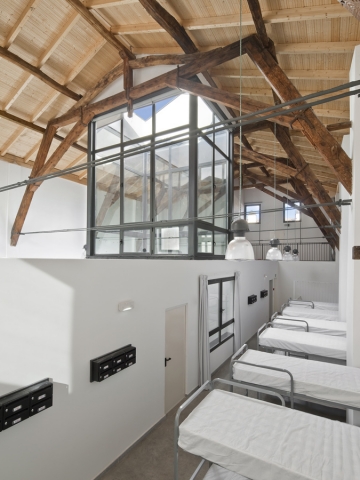 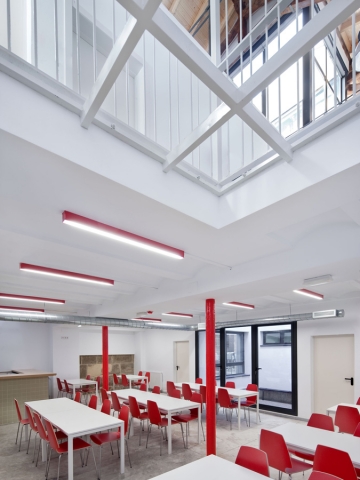