“In these almost boring times of generalized growth, the press is particularly eager to look for catastrophic events in the perennial quest for the newest ‘sick man’ of Europe. Having read the Directors’ preliminary statements, I realize that we probably overstressed our disdain for this press coverage, which one could call the ‘momentum catastrophicum literature’.” 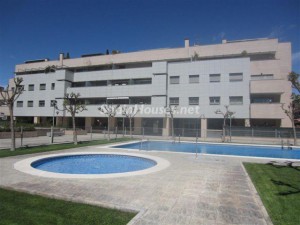 These were the words of the executive director for Spain, Ramón Guzmán, at a meeting of the International Monetary Fund executive board held on May 16, 2007 to analyze the Spanish economy, the minutes of which have now been declassified.

Economic activity in Spain at the time was being buoyed by the boom in the housing market, while consumer spending had peaked. As such, the IMF was greatly concerned about the chance of the bubble bursting, and a subsequent crisis.

The initial statements from the rest of the executive directors drew attention to the notable differences between the vision of the analysts who had been examining the Spanish economy, and the vision of the authorities in the country regarding the risks of the economic situation. Guzmán wanted to clarify that these discrepancies had been “misinterpreted,” and that if in his opening statement he had said that the consequences of a slowdown in the real estate market were often “overestimated,” what he was trying to reflect was “the extensive coverage that property market developments receive in the domestic and international financial press.”

The Spanish miracle began to raise suspicions in 2007, as property prices began to fall. That was in spite of growth of 3.9 percent that same year. Guzmán argued that Spain was not suffering the effects of a real estate bust. Instead, the government of Socialist Prime Minister José Luis Rodríguez Zapatero was arguing that there was going to be a “soft landing.”

The executive director also defended the reformist spirit of Spain in the face of criticism from the IMF analysts. “Contrary to what a hurried reader of the staff report might infer, the authorities consider that very good progress has been made over the years to put Spain among the top reformers in Europe,” Guzmán said, according to the meeting minutes. However, he did stress that productivity needed to be improved and he promised that there would be “no risk of complacency in the future.”

At the meeting, the other directors warned of the chance of greater adjustment than had been forecast, as well as the need to recover competitiveness compared to the rest of the euro zone, and a “possible correction in high real estate valuations.”

The number two at the European department of the IMF, Alessandro Leipold, warned that the analysts, as well as the Organisation for Co-operation and Development and the Bank of Spain, all agreed that there was an “overvaluation of between 20 and 30 percent” in the real estate market. However, Guzmán argued that the rising prices of recent years were not due to speculative reasons, citing a rise in demand as a result of an increased number of new arrivals from abroad, as well as the “deconstruction” of the traditional family unit. He also mentioned falls in interest rates and the appetite of investors from other European countries, among others.

But the subsequent collapse of figures in the construction sector explains why, in the next IMF meeting, which took place in March 2009, this “possible correction” was transformed into a calculation that saw a potential fall in real estate prices of 30 percent – a figure that is in line with current calculations.

Via: elpais.com by Amanda Mars