More foreign buyers are buying property in Spain but the traditional purchasers from the UK are in decline, according to new data from property lawyers. 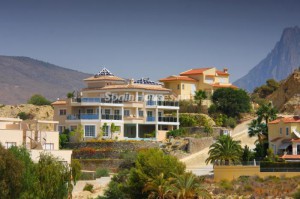 According to a new report published by Spain’s Notaries the number of foreign buyers increased by 9.8% in 2013 but the proportion of British buyers continued to fall.

Foreign purchasers accounted for 21.4% of all Spanish residential sales or 55,187 transactions in 2013 and it also highlights the areas that are popular with overseas buyers.

A breakdown by nationality showed the number of homes purchased by British buyers accounted for 14.7% of foreign purchases compared to 34.3% prior to the financial crisis in 2007.

The Spanish Costas saw some of the largest increases in foreign purchases. Valencia came top, recording a 16.9% increase in foreign buyers year on year, the Canary Islands a 15.7% rise, Andalucía a 15.6% rise and Murcia a 15.2% increase.

The northern regions of Galicia, Castilla y Leon and Navarra recorded the largest falls in foreign buyers, each recorded year on year declines in excess of 20%.

Data for the average price paid by foreign buyers shows they are paying less. It fell 3.8% year on year to €1,486 per square meter.

According to a survey by the Urban Land Institute and PwC the real estate industry in Spain is moving into areas that a year ago would have been regarded as unbelievable. Of the 500 or more expert individuals questioned, 67% agreed or strongly agreed that there are now good buying opportunities in Spain.