Sant Gervasi is a pleasant, but densely inhabited neighbourhood in western Barcelona. When the city council decided to expand its 40-strong network of public libraries, the local outfit BCQ Arquitectura Barcelona won the competition by having their cake and eating it too: namely by designing a building which preserves the little green public space there is, all the while creating a new social hub.

‘A long time ago, Sant Gervasi was an independent municipality but the growth of the city meant it became incorporated. The old city hall was demolished and the quarter’s civic life now concentrates around the Villa Florida community centre,’ the architects explain. ‘Preserving the villa’s garden was just as necessary as building the new library.’

As the building site slopes downwards from the existing structure, the architects decided to create a terrace and place the library programme underneath, while the green roofs now constitute the new garden. The library’s low volume was further broken up into smaller shards projecting onto the nearby streets, with patios in between in order to allow light into building. The reading spaces are located along the naturally illuminated perimeter, whereas the books are pushed further inside.

‘We chose mainly for passive sustainable solutions, such as placing the building almost underground and using massive concrete walls. The courtyards are orientated almost to the north and the insulation layer used is thicker than usual in Spain,’ say the architects. Furthermore, the rough ceramic tiles which are used as cladding inside and in the courtyards come from a local manufacturer. 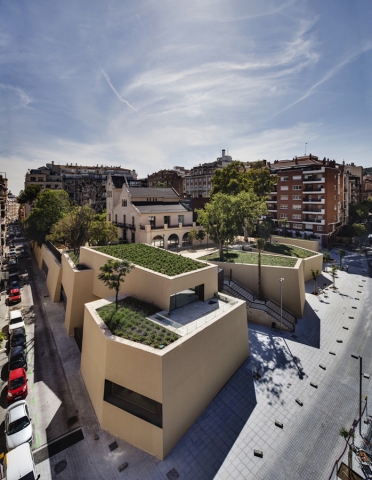 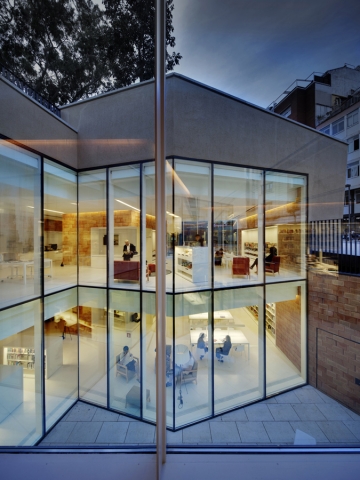 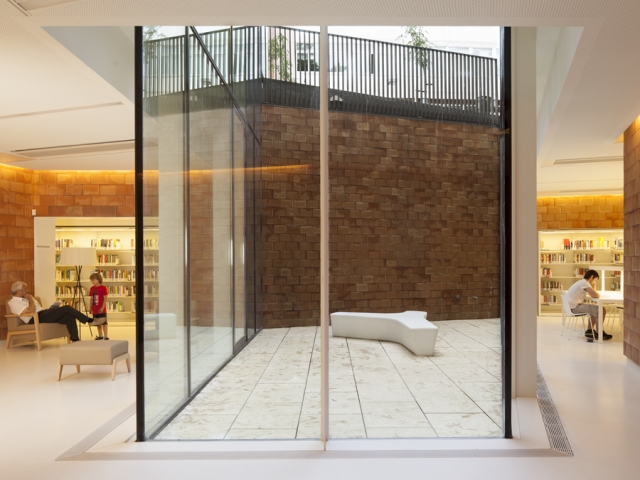