Scores of British expats who were drawn to Spain in the Nineties and early 2000s struggled to cope during the financial crisis and returned to Britain. Nearly 90,000 Britons packed their bags and abandoned the country last year alone. 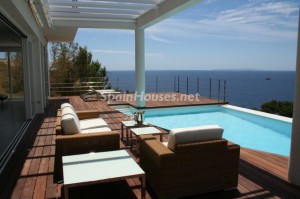 Spain’s popularity as a retirement destination also suffered, with a poll last summer revealing the top destinations were the United States, Australia and Canada.

The results of a new study, however, suggest that Spain has regained its appeal among Britons planning to retire overseas.

Of more than 2,000 Britons polled by MGM Advantage, a retirement income specialist, 13pc said they planned to retire in Spain.

France took second place with 9pc of votes, followed by the United States and Australia.

After a six year property slump in Spain, during which prices are thought to have fallen between 40pc and 50pc nationally, recent data suggests the housing market is now recovering.

British buyers are helped by a strong pound, with sterling increasing in value by nearly 10pc against the euro over the past 12 months.