Improved confidence in the economy, a wide spread belief that property prices have finally hit rock bottom and more readily available financing are all helping encourage sales in Spain, according to experts. 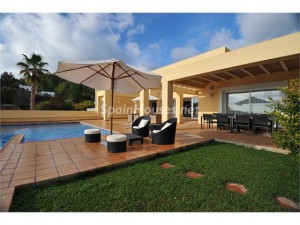 It has been widely reported that the summer months saw a recovery in the country’s property market with some seeing sales increase by 8.8% in June compared with the same month in 2013.

Lending also increased, up by 19% in June 2014 compared with June 2013 and there was also a slight rise in prices which saw a 1% increase in the second quarter of 2104, the first quarterly rise for six years.

Before the economic crisis 40% of mortgages were taken out by immigrants. This has now fallen to only 3%. The average age of buyers has also gone up. The percentage of buyers younger than 25 has fallen from 16% to 3%. When it comes to investors, the volume of foreign investments is constantly increasing and 2013 saw a 16% increase on 2012. It is not uncommon for 80% of an estate agent's client base to be foreigners.

It points out that the difference in house prices between 2007 and 2014 varies according to the region. Prices have dropped at a rate of between 30% and 70%, and, on average, it is estimated that houses are now 58% cheaper.

It also highlights the importance of getting the price right. The economic situation created a negotiation culture. Before the housing market crash, the asking price was non-negotiable.

The biggest change to the type of home being bought has been an increase in the number of rooms compared with the buyer's initial expectations. Before the crisis, prices meant that the buyer had to lower their expectations when it came to the number of bedrooms. Now, a buyer who was initially considering a two bedroom home is finding that he can afford a three bedroom property.