The latest figures released by the Ministerio de Fomento (Ministry of Works) reveal that Málaga province had the second highest number of property sales in the country, after Alicante, during the third quarterly period of 2014. 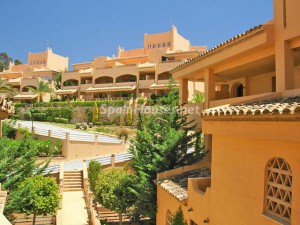 The announcement makes it clear that Málaga’s property market is slowly recovering. These latest figures are higher than those during the same period in 2008.

Málaga is also the fifth Spanish province with growth in terms of percentage. Between July and September 14.2 per cent more transactions were made, which was only beaten by the provinces of Ceuta (60.8 per cent), Guadalajara, Madrid and Santa Cruz de Tenerife.

Within the province, property sales in Marbella rose by 29.7 per cent between July and September.

In these terms (property sales in the same period in provincial capitals or towns with more than 100,000 inhabitants), Marbella is beaten only by Ceuta, Pamplona, Mostoles, Bilbao and Guadalajara.