The property sector in Spain will recover, but at a different rate across the country. 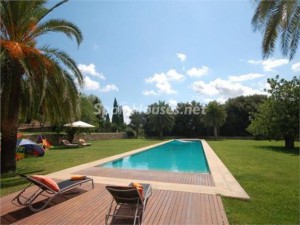 Looking towards the country’s bigger cities will give an indication of the forthcoming tendency. For example, in Madrid, prices have readjusted by around 40% and the market has started to move. This means that investors have begun to take action, realising that prices are not going to drop any further.

A similar occurrence is taking place in Barcelona and in a number of the Basque capitals.

However, the major surprise is that economists and real-estate professionals believe that house prices in popular tourist coastal zones, have also bottomed out and are on their way to recovery. This is true for areas such as the Costa del Sol, where prices fell before and have recovered before others in the Levante region.

According to a report by global consultancy firm Deloitte, there are now 20 provinces that are well on their way to recovery and are returning to normality with regards to property.

The report lists the following provinces as the first in which we will once again see cranes, new buildings being constructed and more mortgages being granted by the banks. The huge majority are in the north of Spain; only Valencia and the Balearic Islands aren’t.

The experts say that the north will recover faster than the south and this is mainly due to the fact that it does not rely as heavily on tourism and holiday homes.

Those with the highest numbers of excess stock will trail behind others in their recovery. The autonomous regions with the most unsold and empty properties are the Valencia Region (164,000), Andalucía (102,500) and Castilla-La Mancha (83,700). These three regions contain more than half of the country’s unsold houses.