Currency exchange rates are encouraging even more foreign buyers back to the Spanish property market and this is reflected in increased sales, especially in popular areas. 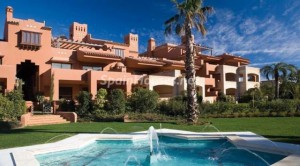 New legislation to relax the requirements for Spain’s golden visa which allows non-European Union buyers to gain citizenship if they invest in the real estate market is also set to encourage more buyers from overseas.

The golden visa, which was introduced in September 2013, has seen 530 foreigners granted a visa so far with the majority, some 490 people, doing this through putting at least the minimum of €500,000 into property. Most of the property investors have been Chinese, Russian or Arab with business entrepreneurs coming largely from the United States and it has earned the Spanish economy an estimated €700 million so far.

Also, while the economic criteria remain the same, the path has been made smoother with applicants able to start the process upon arrival in Spain rather than applying from overseas. The visa will also be given within six months even to those who haven't formalised a property purchase, provided they've signed a contract and paid a deposit.

Mallorca is reported to be the most popular holiday destination for Swedes in 2015. British buyers tend to fall in the 35 to 55 year old age range, wealthy because they've worked hard and retired young or been lucky enough to inherit a substantial nest egg. But in Ibiza, the buyers may be younger and are looking for designer homes.

On the Spanish mainland it is Marbella, on the Costa del Sol, that is proving popular. Indeed, the latest figures from the Spanish National Statistics Institute have shown that the sales increased by 28% in 2014. The increase means that property sales in Marbella are now 12% higher than their 2007 peak.

Spanish banks are predicting a positive year for Spanish property but warning owners not to expect prices to reach their peak levels in the short to medium terms. A report from BBVA, Spain’s second biggest bank, says that improved expectations for economic growth and improving financing conditions means that sales will grow alongside a modest improvement in prices.

And a report from Santander says that consolidation is possible this year thanks to increasing credit, and price growth as 60% of Spanish provinces, 32 out of 50, already have house prices that are on the increase, or at least have bottomed out.

Interest rates are expected to stay at historic lows and a steady growth in demand will boost prices but it warns that the Spanish property sector will never be as important to the economy as it was before the crisis.