On a parcel in the hills outside Barcelona, RTA-Office designed House and Studio YC with two objectives in mind. The first was to preserve as many of the site’s trees as possible, allowing them to grow around any new construction. The second was simply to generate variety. ‘Variety of view; variety of colour; variety of light,’ says RTA-Office’s Simona Assiero Brá. ‘That is the main focus of the house, to capture segments of natural light and accentuate their changes throughout the day and year depending on the season and weather.’

The result is an asymmetrical, roughly starfish-shaped floor plan, each of its arms reaching around trees to find unique views of the landscape. ‘The house is divided into five main bodies separated by patios and all connected by a central distributor that serves the different rooms,’ says Brá. ‘Each body is isolated from the others and has its own orientation and views to the exterior.’ Though the interior is finished almost entirely in white, this isolation and varied orientation ensures that at any given time, no two rooms have the same atmosphere. 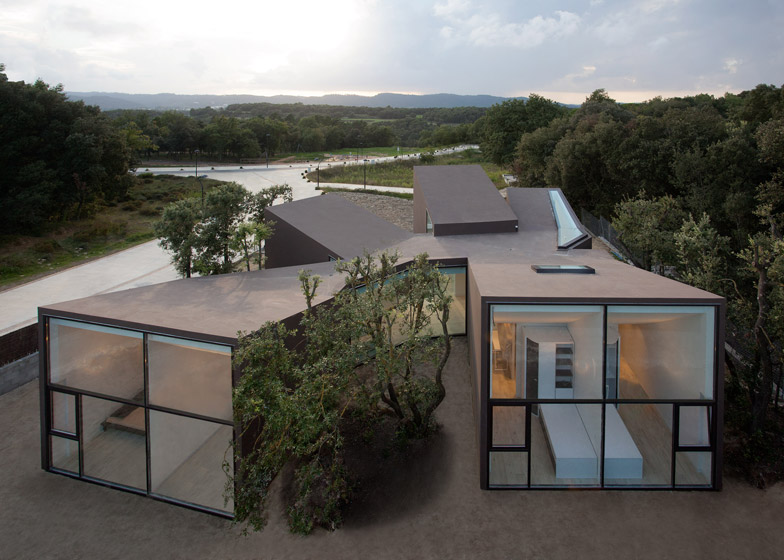 The home’s exterior conforms to local regulations, which stipulate colours that are ‘natural and earthy in order to encourage integration between nature and building. Similar in tone to both the local tree trunks and the soil, the house fits in perfectly with the ochre range of colours in its surroundings.’ The home’s dusty red façades fold into its roof unbroken, giving it the solid and sculptural quality of some jagged rock formation firmly embedded in the site – not built, but rather unearthed with chisel and brush. 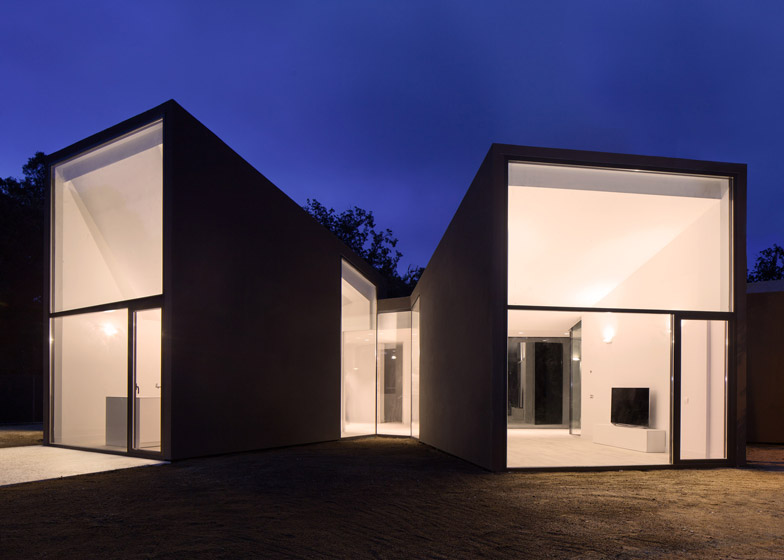 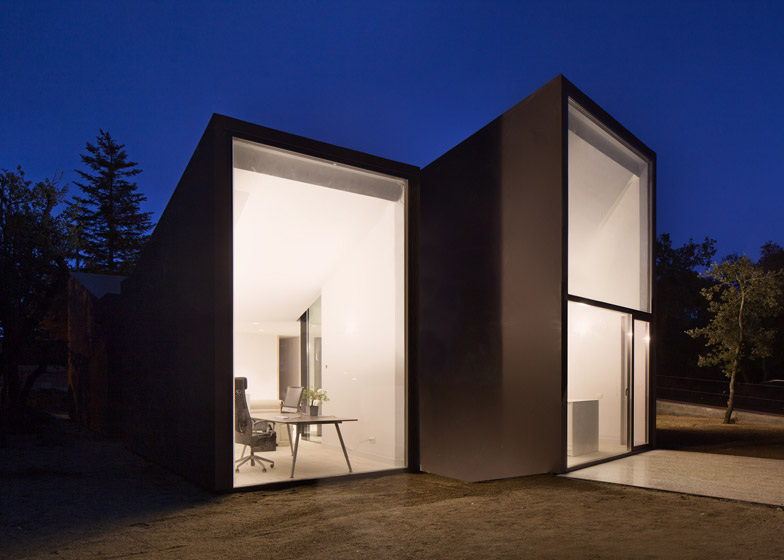 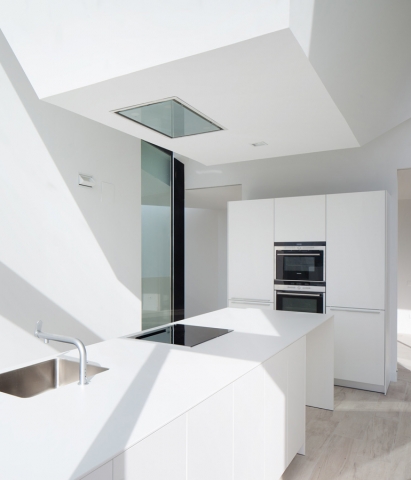 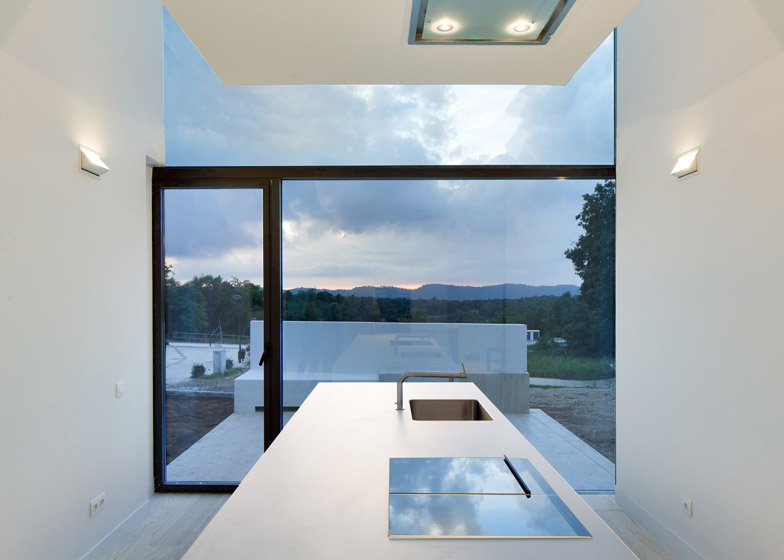 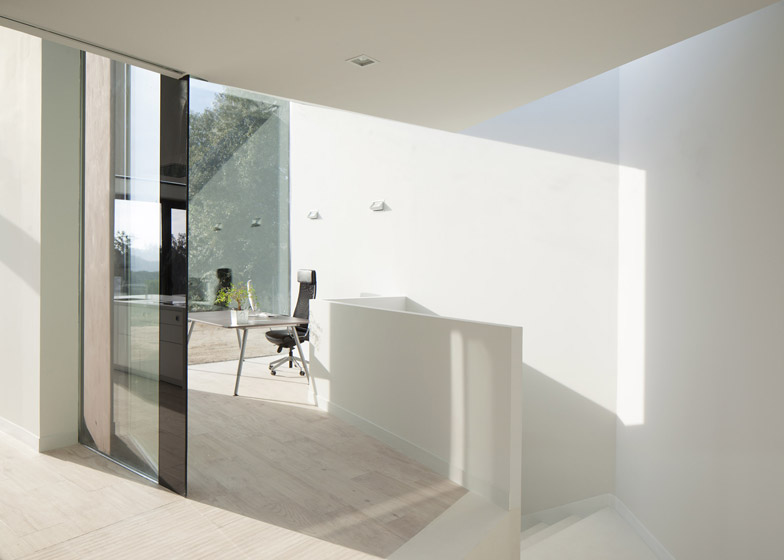 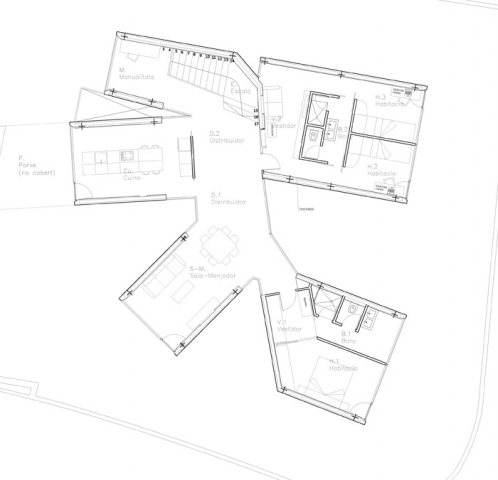