Spanish house prices have increased at their fastest rate since the downturn, up 5.12% in the 12 months to the end of June, the latest index report shows. 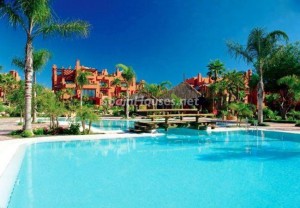 This is up from 2.65% in the previous quarter, according to the data from the Property Registrars which also shows that quarter on quarter price increased by 2.8%.

The latest rise in price growth means that prices are down 29% nationally since the peak of the market, but there are considerable regional variations.

The recovery in the Spanish property market is limited to the most popular areas where houses are in demand such as Madrid, the Balearics, the Canaries, Catalonia, and the Valencian Community and the report points out that this is reflected in prices.

It points out that sellers and buyers are adjusting their expectations accordingly. In more and more areas buyers who have been adopting a wait and see attitude whilst prices fell are now entering the market.

Registrars are not expecting prices to surge but the report does suggest the recovery is well underway, supported by factors such as low interest rates, improved housing affordability, better mortgage conditions, and a sustained foreign demand for property in Spain.

They expect moderate price growth and the report points out that a sudden surge would be unhealthy for the market.

But 29 provinces saw prices increase which suggests that the recovery is there and the market is more stable than it has been. The provinces where prices dropped most in July were Toledo with a fall of 1%, Guadalajara down 0.9%, Lugo down 0.8%, Ciudad Real down 0.7% and Almeria down 0.6%.