From the architect. The Roman Theatre of Málaga is a monument protected in the highest category, placed in the hillside of the Spanish-Moorish fortress of the Alcazaba and a few meters of the Customs Palace, which will be soon the big Museum of Malaga. If the conservation and restoration of the Theatre is a central target of this great cultural heritage planning, it is not less important the integration of the remains in the city, in the urban life. The Visitors' Centre is designed like the first step to incorporate definitely the Roman Theatre into the new public space generated in the rear part of the Picasso Museum. This way the Centre is inserted in a big cultural axis that covers the Alcazabilla Street and that passes between the Native House of Picasso, the Alcazaba, the Museum of Malaga and the Picasso Museum. Antiquity and modernity, past and future, are summarized symbolically in less than one kilometer of urban route. 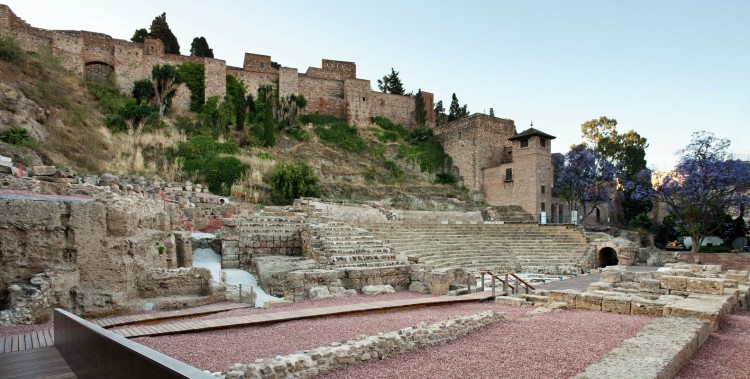 The exempt, light and abstract piece, occupies a side position that does not interfere in the vision of any part of the Theatre, at the same time it tinges its relation with the greater volume buildings of Alcazabilla Street. The Visitors' Center is formed also like access door to the site, like a claim and an attraction point for the visitor. 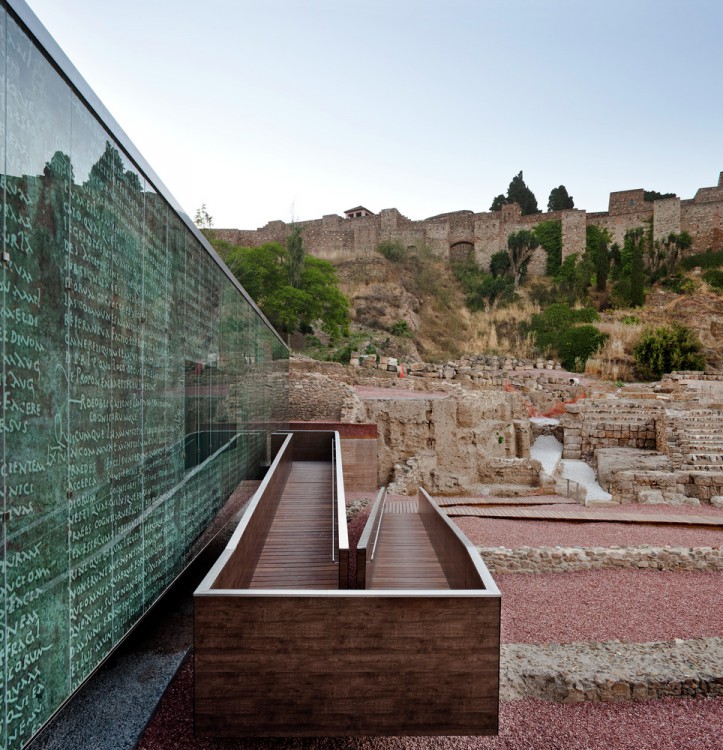 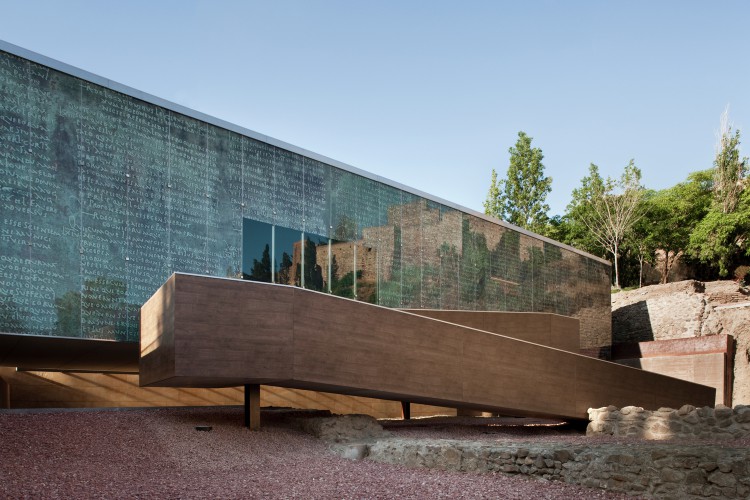 From the point of view of the buildings’ appearance the basic materials are two: flat panels based on thermosetting resins finished in wood that wraps the fronts, the covering and the access ramp to the Theatre, a material chosen to give a lightness appearance to the box; and serigraphic glass that establishes a direct and unique relation with the archaeological remains, being at the same time a window for its contemplation and its reflection tinged by the colour. In the Inside, that will receive shortly the museum exhibition, the floor is of iroko wood planks. In the exterior, the containment wall of coloured concrete and the cream coloured limestone, integrate perfectly into the soil shade of the remains of the Theatre, of the hillside and of the walls of the Alcazaba. 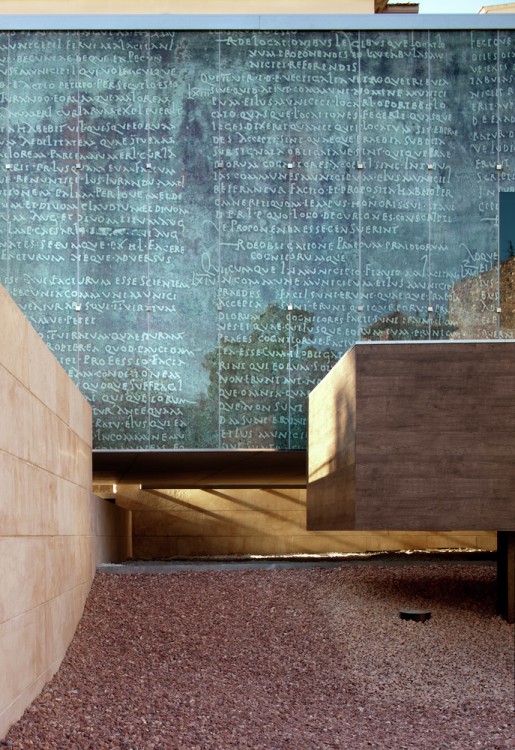 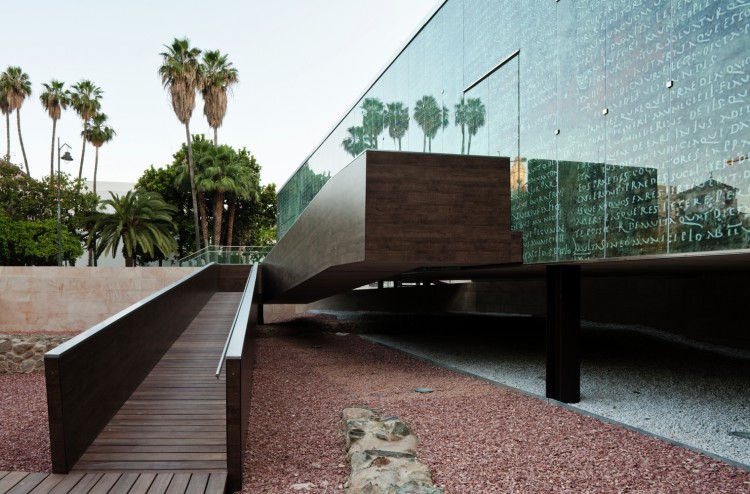 The appearance of lightness and autonomy of the box that seems to fly over the archaeological level is reinforced by the use of the serigraphic glass with the Lex Flavia Malacitana, a bronze tablet that gathers the laws of the Roman municipality of Malaca in the last first century, and by the use of wood that will provide a certain provisional nature. The Latin text, out of the context of its original support in bronze, turns into a texture, into an enigmatic background that blurs the presence of the box. But at the same time, without falling in the advertising excess, the glass front aspires to be a call to the visitor to know better an extraordinary emergent cultural heritage. 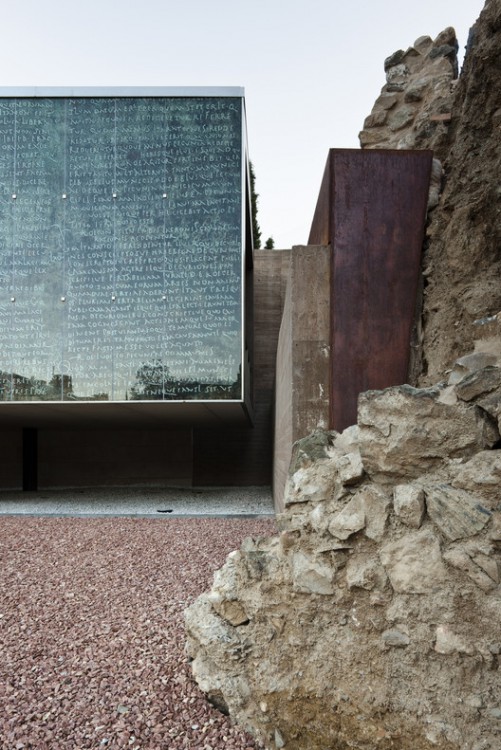