The United Kingdom's exit from the European Union is a terrible piece of news for the Costa del Sol, where the British are its biggest and most important customers, and also some of the highest spenders. From now on there are just unknowns and a lot of nervousness. 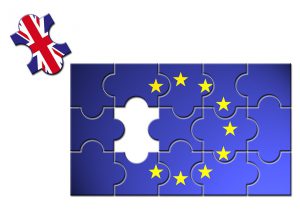 Last week, the president of the CEA (Andalusian Employers' Association), Javier González de Lara, warned that Britain leaving the European Union would have serious consequences for the Spanish economy, with tourism, although not just tourism, being the main loser.

Since the referendum there's been a 10% fall in the value of the British Pound. This means that Britons' holidays in Spain have become more expensive overnight as, although the Euro has also fallen, it hasn't done so as much as the Pound. This will mean less tourists will visit and less buying power for those that still come. The current average daily spend by the British is 105 euros, higher than the Germans (101 euros) and the French (80 euros).

Last year, British tourists spent more than 14 billion euros in Spain, 10% more than the previous year, a figure that makes up almost 21% of the total income from foreign tourism, and which gives some idea of the importance of the United Kingdom.

There will be a similar effect on investment in the Costa del Sol, where many real estate developments are funded by UK investors or promote themselves mainly to the British market.

The decision to abandon the European Union is also a risk for the economy overall. Spain has a positive trade balance, in terms of its exports, with the United Kingdom, which means the pound's devaluation is a new and less favourable scenario to cope with. Financial markets could also be affected as London could lose its status as European financial capital.

The outlook for the Costa del Sol isn't just a worry from the tourism point of view. 50,530 Britons live in Malaga province, according to Spanish official statistics from the INE, spread over 96 of the 101 municipalities. 20 per cent live in Mijas and another 40 per cent call Fuengirola, Benalmádena, Estepona, Marbella or Alhaurín el Grande home.

For these residents, the withdrawal of their country of origin creates several uncertainties. The main one is economic, as the majority of people with British state pensions could see their income reduced. The United Kingdom keeps the value of retirement payments to its overseas nationals in the EU in line with the UK, but this doesn't happen with its retirees living in some other countries. The exact policy that the UK will adopt when it leaves the union isn't yet known.

A second source of worry is medical care. Although the terms of the withdrawal are still to be negotiated, the loss of the European health care provisions could mean the need to take out private insurance, a luxury that many cannot afford.

The exit agreement will also shape the future of UK residents in Spain from an administrative point of view, although it's certain that by losing their status as EU citizens, they will be forced to take out new residents' permits. The self-employed could face difficulties.

Residents' tax status is another factor that will need to be considered, as well as the voting rights of British residents in Spanish local elections, a right currently available inside the EU, as is the right to stand for election for local town halls.