Residential property sales in Spain increased by 23.6% in May year on year, the highest figures since January 2013, the latest official figures show. 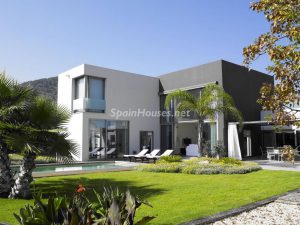 The figures from the National Statistics Institute also show that home sales have now increased year on year for four months in a row. However, sales did fall back slightly from the year on year figure of 29% recorded in April.

The second hand market and, to a lesser extent, sales of new homes, were responsible for the May increase, up by 26.7% and 12% year on year respectively.

The data also shows that in the first five months of the year home sales increased by 15.8% compared with the same period of 2015, with second hand homes up 21.9% but new house sales down 3.4% over the five months.

Month on month sales growth has slowed. Compared with April sales in May 2016 were up by 3.5% but this was the lowest increase registered in this month in the past five years.

The highest numbers of home sales per 100,000 inhabitants were registered in the Balearic Islands and La Rioja and Andalucía was the region to register most home sales, followed by Catalonia, Valencia and Madrid.

In contrast, the regions which registered the least home sales in May were La Rioja, Navarre and Cantabria but in relative terms, home sales rose in all of Spain’s regions except for Navarre, which registered a decline of 20.2% compared with May 2015.