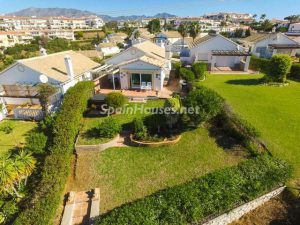 However, in France buyers get more for their money. On average homes are 102 metres squared in France compared to 85 in Poland and just 76 in the UK which has overall the smallest homes in Europe in terms of floor space. The biggest homes are in the Netherlands at 119 square meters and Portugal at 112.

Home owners in the Netherlands tend to take out mortgages over a longer period with the average timespan 30 year compared to 25 years in Germany, 23 years in Spain and 19 years in France.

Average interest rates for mortgages are lowest in Germany at 2%, followed by France at 2.1%, the UK at 2.6% and the highest can be found in Poland at 3.4%. But the average mortgage in Poland is much smaller than elsewhere at €7,567.