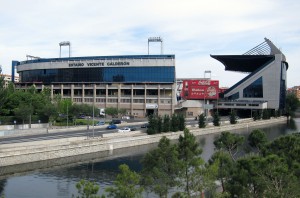 Getting the development approved required a change to regional legislation that had prevented any building in the area from being more than three storeys high, with the option of adding an attic. This prohibition, which dated from 2007, was upheld by the Madrid Superior Court of Justice in 2012, when it struck down an earlier zoning plan designed by the city for this same area.
END_OF_DOCUMENT_TOKEN_TO_BE_REPLACED