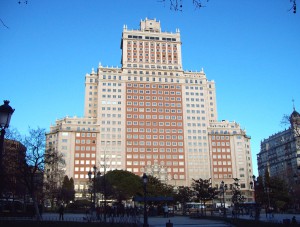 continue working with City Hall to come up with a viable solution to doing so without demolishing its protected façade and flanks, as the group had originally wanted.

The announcement, which came following a meeting between the leader of the leftist Ahora Madrid bloc and Wanda’s head in the capital, Michael Qiao, on Tuesday, contradicts recent reports initially published by Cinco Días newspaper saying that Wanda had on Sunday told Carmena that it was pulling out of the project.

The mayor denied that such a weekend meeting had ever taken place.

According to municipal sources, Wanda chiefs have communicated their intention to continue with the project and a “new round of negotiations” has been opened with City Hall technicians to solve the problems.
END_OF_DOCUMENT_TOKEN_TO_BE_REPLACED