Via an amendment to the Rental Market Flexibility Law, the Public Works Ministry plans to set up a register of people who have been sentenced for breaching their obligation to pay rent. The idea behind the proposal is to increase the number of homes on the rental market by reassuring owners who might wish to let their properties but fear the possibility of an encounter with tenants who are conflictive or do not pay their dues. 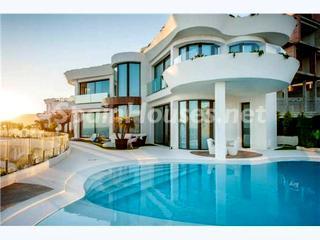 The government has suggested that the data on the register would be cleared after six years and that homeowners would only be able to consult the list when they are in the act of drawing up a rental contract.

A debtors’ register is a risky idea, one that sounds simple enough to set up but which in fact is hard to operate with accuracy. First off, there could be difficulties as regards the Data Protection Law unless the appropriate safeguards are introduced to make sure the information remains private and is not published elsewhere.

But the biggest threat in practical terms is that errors on the register are not corrected swiftly so that blameless individuals suffer the effects of doubts over their reputation when they attempt to rent an apartment or apply for a bank loan.

It is not enough to simply come up with an idea, such as that of the debtors’ register, which has the look of a harebrained scheme. For any idea to actually be useful when put into practice, it is essential to carefully weigh the method of implementing it and its ultimate consequences. While on paper, guarantees of confidentiality (to ensure the information is not used and distributed for any reasons other than the official one) are often given without a second thought; in reality all registers end up being abused in the most unexpected and inappropriate ways. Any person who finds themselves on that list, whether their inclusion is justified or not, will tend to become marginalized in an economic sense.

This is why it is essential that prudence be applied to the development of this idea. Tenants also have rights, which should be included in the legislation so as not to damage the demand for rental property.