The campaign by the Spanish tax authorities to find all newly built structures, alterations or changes of use of properties which have not been declared to the Land Registry is starting to show results.

Inspections have revealed 30,113 buildings (6.2 per cent of the total) which had previously been invisible to the authorities for tax purposes because neither their owners nor the respective town halls had declared them, irrespective of whether or not they had works licences and the necessary certificate of occupancy.
END_OF_DOCUMENT_TOKEN_TO_BE_REPLACED

An Estepona-based lawyer, Óscar Calvo, has succeeded in obtaining a legal resolution which improves the situation for off-plan property buyers. 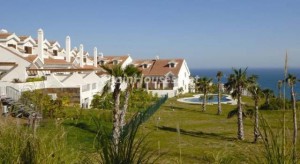 Those who bought homes off-plan customarily signed a deal with developers and the bank which guaranteed the refund of any monies paid upfront if the property was not handed over as promised. However this guarantee was invalidated once the primary occupation licence was issued.

Now the situation has changed with the judicial resolution obtained by Calvo which eliminates this invalidation process because it is unlawful. Buyers who signed up to this bank guarantee after 1999 can request a refund.

According to Calvo, he was able to push for the court resolution because the law has been badly interpreted.
END_OF_DOCUMENT_TOKEN_TO_BE_REPLACED 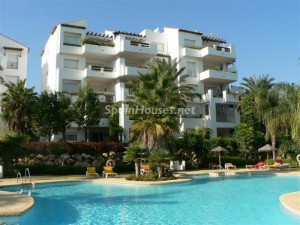 The Andalusian law was passed on October 1st and revoked a previous decree on the same matter which had been passed in April and was also the subject of an appeal on grounds of it being unconstitutional.
END_OF_DOCUMENT_TOKEN_TO_BE_REPLACED 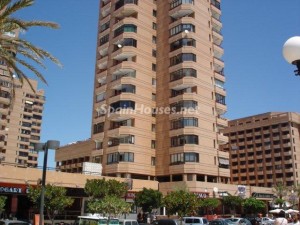 The law will oblige private owners who rent out their properties for short periods of time to meet a series of requirements as well as to comply with the special tourism apartment regulations still to be established by the Junta de Andalucía.

While waiting for the regional authority to draw up this law, and for the central government to define exactly what it considers to be a holiday property, thousands of individual owners have been left wondering what regulations will apply to them.

The potential changes do not just affect a handful of people, but an important sector of the tourism industry. According to the annual financial report produced by La Caixa in 2012, the number of tourists staying in non-official holiday apartments on the Costa del Sol was three times greater than those choosing hotel accommodation. The report states that last year tourists spent 43.1 million nights in properties that are not registered as tourist accommodation, mainly because until now the urban letting law (LAU) has not made this compulsory.
END_OF_DOCUMENT_TOKEN_TO_BE_REPLACED 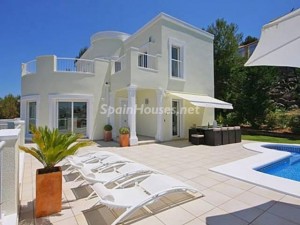 Cortés explained the region's new social housing decree would come into effect on Friday, allowing eligible families to apply for a temporary seizure of their home at one of the housing protection offices it opened in Andalusia's various provincial capitals last October.
END_OF_DOCUMENT_TOKEN_TO_BE_REPLACED