Although Spain continues to be affected by the uncertainty that has impacted the country over the past five years, an economic recovery does now appear to be closer and forecasts for the real estate market have improved. 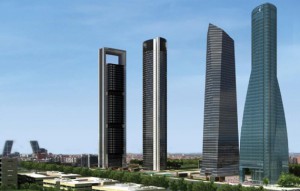 It is expected that the Spanish economy will continue to contract over the coming months, and the fall in GDP in 2013 is projected to be similar to that of 2012, with the economy shrinking by around 1.6% and domestic demand is expected to remain weak but this will be partially offset by a more positive contribution from external demand, the report says.

GDP forecasts for 2014 indicate that growth will be close to 0.5%, boosted by an expected improvement in the global economy. The outlook will also be aided by the measures taken by the European Central Bank (ECB) to stabilise and ensure the survival of the Euro.

The success of fiscal reforms aimed at ensuring that Spain reaches its deficit targets depends on the ability of the autonomous regions to meet their commitments and on improvements in the employment market.

While the macroeconomic outlook remains uncertain, a modest improvement in the key indicators is expected.

The Madrid office market had an unusual first half of 2013, with three large scale leasing transactions boosting overall take up. Vodafone took approximately 50,000 square meters, Iberia leased close to 16,000 square meters and Agencia EFE took 14,500 square meters, in deals which were all initiated in 2012.

This situation will continue until there is a marked improvement in the economic backdrop, which will increase business confidence and encourage companies to begin taking decisions that look beyond the immediate future, and towards preparing longer term strategies.

Over recent years, the office market has become ever more challenging due to factors including the lack of liquidity from financial institutions, a gradual decrease in business activity, the record rise in unemployment and a continual increase in the amount of available office space.

Since June 2013, any property being let or sold in Spain is required to have an energy efficiency certificate and this is having a significant impact on the market, and is expected to encourage more occupiers to opt for energy efficient properties, which will result in savings to them.

Buildings that are already certified as being highly energy efficient, such as Torre Cristal, are seen as having a competitive advantage.