Spain’s mortgage market continues in the doldrums due to low demand because of rampant unemployment and stricter conditions imposed by the country’s banks. 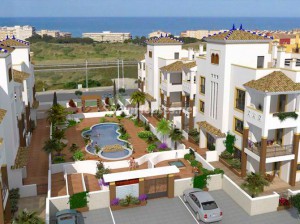 According to figures released Thursday by the National Statistics Institute (INE), the number of home loans granted by banks in July fell 42.7 percent from a year earlier to 13,777, the lowest figure since the INE began the current statistical series in 1995. Home loans granted in June were down 42.2 percent at 14,053. Mortgages disbursed have now fallen for 39 months in a row.

The amount of capital lent by banks fell by 42.2 percent to 1.380 billion euros, with the average mortgage down 4.3 percent at 100,180 euros. House prices in some parts of the country have fallen by over 40 percent from their peaks around the end of 2007 and the start of 2008.

The pace of the fall in the number of loans granted exceeds that of home sales due to an increasing number of transactions being settled in cash.

High unemployment at 26.3 percent remains the main drag on the housing market, although banks have also become more demanding when handing out loans. “Some of the conditions of new loans have become more onerous,” the Bank of Spain said in its latest monthly report on the economy released Thursday. The government has also removed tax benefits for home buyers.