For the second time in just a few weeks, positive figures have been issued about the property market in Malaga. Earlier this month, figures from the National Institute of Statistics revealed that property sales in Malaga province had risen for the first time since the beginning of the crisis, and now figures from the Ministry of Public Works show that the number of property transactions increased more here than in any other province of Spain in the third quarter of this year, compared with the same period of 2012. There was an increase of 25.4 per cent, bringing the total number of sales to 5,059. 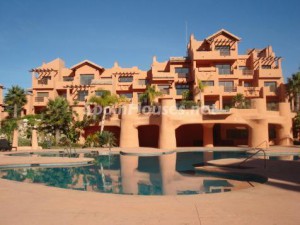 Those in the property sector are crossing their fingers and hoping that the trend continues. The Costa del Sol and the Levante region were the first to enter recession and may also be the first to come out of it, according to reports issued by the Ministry which show that after Malaga, Almeria, Barcelona and Murcia are the provinces in which the most properties were sold in July, August and September, compared with the same months last year.

Nevertheless, property developers point out that Malaga province offers a climate and infrastructure with which the Levante region cannot compete, even though it may be cheaper to buy a property there. “Nobody can beat us in terms of climate and services”, says Violeta Aragón, the general secretary of the Association of Builders and Developers (ACP).

She points out that Malaga has always been a pioneer in residential tourism, something that is backed up by figures from the Ministry of Public Works which show that, after Alicante, it is this province in which there has been the greatest number of purchases by non-resident foreigners. 273, in fact, as well as a further 1,552 purchases by foreigners who already live in Spain.

Another revealing and equally positive figure for the property sector in Malaga is that almost eight out of every ten sales - of which there were a total of 3,979 in the third quarter of this year - were of resale properties. Experts say that this group includes not only privately-owned properties but also new ones which were completed but not sold and which ended up in the hands of the banks because the developers who built them went bankrupt.

Nevertheless, the difficulties in obtaining a mortgage continue to undermine the hopes of the average person in Spain of being able to buy a property, making this something increasingly exclusive to foreign purchasers and investors.