Despite reports of foreign buyers snapping up bargain properties in Spain, the country’s real estate market will not recovery fully until banks relax their lending rules, it is claimed. 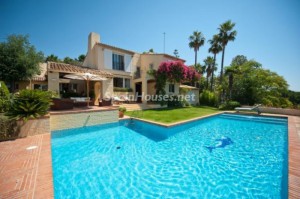 Currently the maximum loan to value for non-residents in Spain is around 60% but a buyer also needs to pay up 15% of the purchase price in taxes and fees so some considerable upfront outlay is still needed to buy a dream home in Spain.

The latest official figures confirm that mortgage numbers in Spain have dropped for the 46th consecutive month up to February 2014. Experts believe that the country is in no danger of a full recovery, let alone a property boom, as average house prices have fallen by 30% since 2008 and mortgage lending dropped from a peak of €173 billion in 2007 to just €26 billion in 2013.

In other areas prices have fallen more. For example in Murcia it is closer to 50% since the most recent peak of the market in 2007. With national unemployment not below 25% since 2012, it’s the foreigners that Spain is relying on to keep the property market alive.