The downward trend in the property market in Spain is drawing to a close and it is unemployment that is hindering a full recovery, according to the International Monetary Fund. 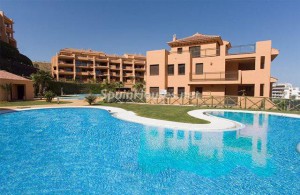 With unemployment still hovering around 26% the real estate sector is unlikely to move into full recovery mode just yet, says the report author James Daniel, head of the IMF’s Spain mission.

But the report does point out that the country’s economy has ‘turned the corner’ after economic improvements took hold in the second half of last year and continued in the first quarter of 2014. Indeed, it adds that the Spanish economy is now growing at its fastest pace since 2008.

It also says that labour reform and wage moderation are helping turn job destruction to job creation. Compared to a year before, unemployment fell in the first quarter of 2014 and jobs, as measured by social security affiliations, increased by about 200,000 in April.

Daniel said there are positive signs that the property market is stabilising but the housing recovery will be gradual. ‘We see no type of bubble in the property sector,’ he added.

The latest report from the Spanish Property Registrars, based on properties on the Registry during the first three months of the year, seems to back this up.

Home sales increased 14% in the first three months of the year compared to the last three months of 2014, prompting the Registrars to talk of a ‘change of trend’. There were 83,022 sales in the period of which 37,731 were new homes and 45,291 resales. However, on an annualised basis, and rolling 12 month basis, home sales were still down, by 8.22% in the latter case, driven by a slump of 18% in new build sales over the last 12 months.

‘After six consecutive years of house price declines, especially intense in certain periods, everything points towards the end of this scenario drawing to a close, giving way, at the least, to price stability,’ the report says.

But it also voices concerns about the fact that the economic crisis has meant new homes are not being built. The report points out that the almost total lack of new housing starts in recent years means the only option for new homes are those built during the boom and still for sale. ‘A large share of them are in the hands of the financial institutions, being sold actively with price reductions. As this stock reduces, the relative weight of new home sales will decline to ever smaller quotas,’ it adds.

Prices also showed signs of improvement after years of accelerating declines. Average national house prices rose 0.84% quarter on quarter and are down just 1.7% over 12 months. This is a big improvement on the double digit annualised declines this time last year.

This is the first time in eight years that sales and prices have improved together. The market hasn’t seen this since the first quarter of 2006.

Another healthy sign for the Spanish property market is the fact that mortgage approvals increased in March for the first time in almost four years. The number of residential loan approvals rose by 2% from a year earlier, the first increase since April 2010, according to figures from the National Statistics Institute. Also, the total amount lent rose by 16%, the first increase since 2007.

Figures from Spain’s General Council of Notaries showed earlier this month that home sales jumped more than 45% in the first quarter from a year earlier.