From Human Rights Watch. The Spanish government has failed to take adequate measures to avoid and alleviate the impact of the housing and debt crisis amid economic down-turn 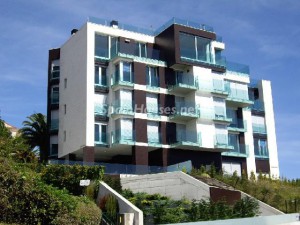 in Spain. Since the economic crisis began in 2007, banks have foreclosed on over 500,000 properties under a procedure that leaves individuals and families saddled with significant debt and no realistic pathway towards discharging their debt. Immigrants, women heads of household, women victims of economic abuse, and children are among the vulnerable groups affected by the crisis.

Spain’s social crisis around evictions and debt arise in a context of decades of government policies aggressively promoting home ownership and borrowing and inadequate efforts to ensure an appropriate and affordable stock of rental housing and sufficient investment in public housing. Irresponsible lending, unfair terms in mortgage contracts (such as exorbitant default interest rates), unscrupulous behavior by intermediaries such as real estate agencies, and the lack of oversight during the boom economic years contributed to the current situation.

The government of Prime Minister Mariano Rajoy has taken steps to address the mortgage crisis, including measures to protect temporarily certain groups against evictions; amend legal proceedings to ensure the right to contest unfair contractual obligations; and provide guidelines for debt relief and, in some circumstances, debt cancellation. The government created a Social Housing Fund, stocked by roughly 6,000 properties banks have voluntarily turned over, to offer evicted families places to live at affordable rents.

However, the criteria for benefitting from these measures are narrowly drawn, excluding many needy families and individuals. Some of the criteria are arbitrary and do not comport with international law. For example, a two-parent household with a child 3 years or younger can benefit from the moratorium on evictions, while the two-parent family with a child 4 years or older cannot. Under international law, all persons under 18 are considered children and entitled to the rights and protections laid out in the Convention on the Rights of the Child, including the right to shelter. Official data demonstrate that the measures to alleviate debt and provide affordable housing through the Social Housing Fund have benefited only a fraction of those in need.

The government has yet to reform Spain’s personal insolvency laws to create an accessible, fair, and efficient mechanism for over-indebted individuals to discharge their debt. Over-indebtedness can have a deeply negative impact on fundamental rights such as the right to an adequate standard of living.

1 thought on “Right to Adequate Housing in Spain”