Buying a home in Spain is cheaper than elsewhere in the EU. 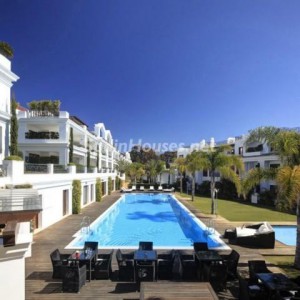 As reported by an annual analysis on Spain’s real estate market conducted by Deloitte, the percentage of income spent by households on mortgage payments - rate of effort - has been steadily falling in recent years and currently stands at 33 per cent, as a result of the decline in house prices registered since the outbreak of the economic crisis.

For the fourth year and compared to the rest of the country, homeowners in Barcelona and Guipuzcoa have had to spend a larger percentage of their income on mortgage payments, given the high price of housing in those provinces.

In contrast, buying properties in La Rioja, Lleida and Pontevedra is more accessible, since the rate of effort is lower than 30 per cent.

1 thought on “The price of buying a home in Spain”