Residential property prices in Spain rose 1.15% in the third quarter of 2014 compared to the same period last year, according to the latest index published by the Property Registrars.
That is the first time this index has edged clearly into positive territory since the Spanish housing bubble burst. 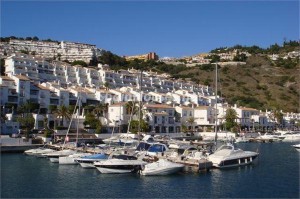 On a quarterly basis prices were basically stable, with a decline of just 0.08% between June and September and the peak to present fall in house prices is 32.4% according the Registrars’ figures.

It says that these figures paint a picture of stable house prices. The registered number of homes sold also shows a favourable evolution with transactions up 1.4% to 79,561 sales in the third quarter compared to the second. The market bottomed out with 72,560 sales in the fourth quarter of 2013.

The improvement was driven by resale properties with 52,127 sales, practically double those of new builds at 27,434. Resale transactions were up 4,268 on the second quarter, meaning a quarterly rise of 8.92%, against a fall of 10.36% in new builds.

The data also shows that the proportion of Spanish property sales involving a foreign buyer has hit a new high of 13.1% market share, an annual rise of 19% and year to date, foreign buyers bought 30,708 properties, up 23% on the same period last year.

British buyers were the strongest nationality buying 1,886 Spanish properties in the third quarter, up 37% on the same time last year, followed by the French, Russians, and Germans.

In terms of foreign market share, the British represented 18% of total purchases by foreigners, and 20% of key markets. France was next with 12%, Russia with 8%, and Germany with 7%.