The number of homes sold in March increased by a healthy 12 per cent compared to the same time last year, but house prices slumped by 7.5 per cent in the same period, 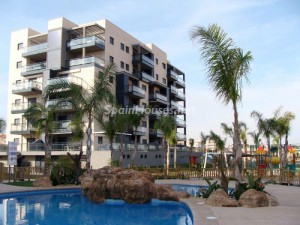 The increase in sales would have been even bigger were it not for another huge monthly fall (32.6 per cent) in the number of new flats sold, as the supply of attractive new homes dries up.

Rising sales were accompanied by yet another month of falling prices – the biggest in more than a year. The average price of property in Euro per square metre was 1,202 €/sqm, down 7.5 per cent on last year, and 36 per cent since the start of the crisis in 2007.

The number of residential mortgages used to buy property rose 28 per cent, to 14,755, which means that 45 per cent of home sales involved mortgage financing, up from 39 per cent last year. This is a clear sign the Spanish mortgage market is returning to life, and bodes well for those segments of the Spanish housing market, like prime Barcelona and Madrid, where pent up demand is now getting the finance it needs.

We are into the eighth year of the Spanish property crisis. As far as the supply of homes for sale goes, the most attractive have already sold, so the remaining stock will increasingly be sold on price. That could increase downward pressure on average prices in the coming months, especially whilst the supply of new projects coming onto the market is still almost non-existent.

The March slump in house prices is also a sign of volatility on thin trading. The Spanish property market may have increased 12 per cent in a year, but it is still depressed for a country the size of Spain. When transactions are low, prices changes are amplified. The 12-month moving average of price changes is less volatile (green line), and suggests that average prices are stabilising. “Despite the oscillating monthly figures, the trend is towards stabilisation,” the Notaries conclude.