House prices throughout Spain seem to be rising as the market slowly raises its weary head above the doom and gloom of 2012 and 2013. 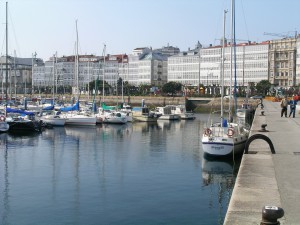 Some areas do seem to be rising more quickly than others though. With credit being offered once again by the banks, the outlook is definitely more positive than it has been in recent years.

How long does it actually take to sell a property on average now? Well it depends on where the property is and what the demand is like in the area.

According to new findings, in Spain on average a property takes around 10.2 months to sell which is already considerably less time than it was six months ago, when the figures stated that on average it took 10.6 months, and even less so than the 11.5 months in 2014 and 13.2 months in 2013.

Research shows that a house will stay on the market for the longest amount of time in Cantabria, where it will take an average of 18.6 months to sell.

And this is true of places such as A Coruña, Ávila, Salamanca, Segovia, Vizcaya, Álava, Pontevedra, Ourense, Valladolid, Valencia, Castellón, Tarragona, Ciudad Real, Toledo and Guadalajara where sale periods are above the national average.

On the other hand, the provinces in which it takes the least amount of time to sell a property include: Ceuta (3.7 months), Melilla, Soria, Santa Cruz de Tenerife, Madrid, Barcelona, Zaragoza and Teruel, all of which are below seven months.

In this current climate owners seem to be in less of a panic and therefore are not so inclined to take the first offer which means generally owners are giving away less discounts than before and this in turn mean prices are slowly rising.