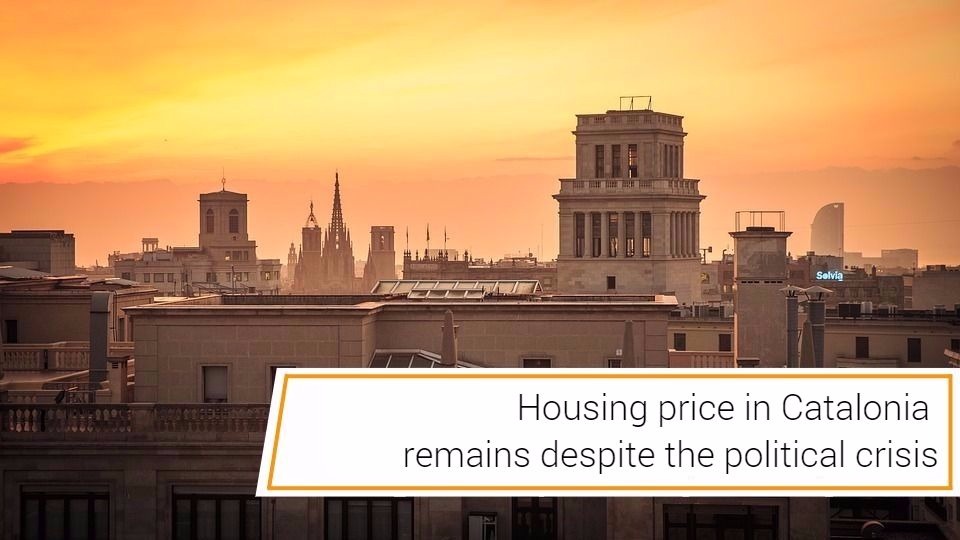 According to the latest data from the Spanish Institute of Statistics (INE), the price of housing in Spain has culminated with an increase of 6.7% in the last quarter of the year. Even with the political and social crisis in Barcelona, Catalonia is among the communities with higher than average housing price increases.

We are observed for latest months the political situation in Catalonia and we have seen how affected the real estate market, now, at the end of the year the data speak for themselves but, there are some nuances which aren't contemplated in the numbers and directly they affect the investment in Catalonia.

The political instability has caused a real economic impact on the autonomy which has led the flight of companies to other Spanish communities, provoked the slowdown and cancellation of several commercial operations, many foreign investors have diverted their attention to others areas such as Madrid, Valencia and Andalusia.

It's a reality that the doubts os foreign investors rise in an instability environment, due to this many potential investors are in a period of reflection and analysis of the political evolution of Catalonia.

However, the price of housing in Catalonia has a low percentage in foreign trade which is 12,8%, while this value amounted to 15,06% in communities such as Andalusia. Due to the low percentage of foreign purchases compared to other communities, the value of the house price hasn't changed significantly and has remained at progressive levels.

In this way Mercedes Blanco, vice president of FIABCI Spain, said that Catalonia has marked an important point in the recovery of the real estate crisis, presenting a high dynamism in the market of the sale and rental, so we shouldn't think that it will go back to 2008 levels.

In general terms, the greatest increases in the housing price were registered in the Balearic Islands (1.7%), Murcia (1.5%) and Madrid (1.4%). The forecast of the Spanish real estate market is positive although there are major factors which can influence such as the mortgage reform and the Catalan conflict. Even so it is necessary to wait to know how events unfold.