The only residential complex in Europe to be given an LEED Platinum certificate, one of the most prestigious sustainable building certifications in the world, is in the Madrid dormitory town of Tres Cantos. 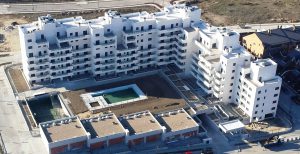 In June, the USGBCI (US Green Building Council Institute) awarded the cooperative of developers behind the project, Arroyo Bodonal, with the international diploma, recognizing its ecological credentials and ushering it into a club of 21 Spanish buildings with LEED certification, including properties owned by multinationals such as Zara, Repsol and Iberdrola, as well as several public buildings and universities.

Modestly priced, the project has succeeded in exploding some of the myths surrounding sustainable construction, while reopening the debate over whether building green homes is a viable option in Spain.
END_OF_DOCUMENT_TOKEN_TO_BE_REPLACED 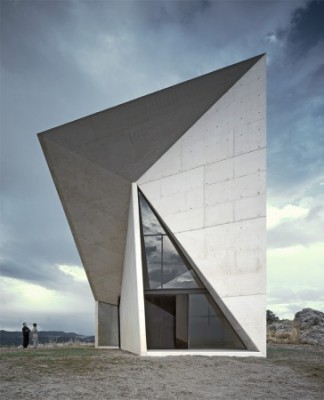 END_OF_DOCUMENT_TOKEN_TO_BE_REPLACED

The 18th century building known as the Casa del Rey Moro (the House of the Moorish King) in Ronda (Malaga), looks set to becoming Ronda’s first luxury hotel, sooner or later. The property is currently in the hands of a German businessman who bought it armed with plans for a top hotel with innovative features. 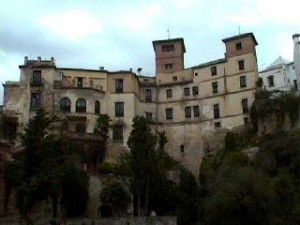 However so far the project has failed to see the light and the building stands neglected, gradually deteriorating before the uncomprehending eyes of thousands of tourists. Indeed the Casa del Rey Moro is included as one of the star features on the tour of local monuments; but it looks like it could fall down any minute.

Now the building has attracted more investors prepared to buy it, restore it and turn it into a five star hotel. The current and future urban development plans both allow the site to be used for tourist accommodation.

Interest has apparently increased since the Town Hall announced that it would apply for the Junta de Andalucía to list the building as a BIC, a ‘Bien de Interés Cultural’ (an asset of cultural interest), which would guarantee its protection as historical heritage.

The local councillor for Planning, Daniel Harillo, explained that the authority’s aim was to put pressure on the current owner, Jochen Knie, to carry out urgent work on the house, or face a possible compulsory purchase order in the future.

“We want to protect one of our town’s most valuable monuments”, said the councillor who stressed that Knie already faces a 60,000 euros fine for not keeping the building in line with safety regulations.

The German had previously announced an investment of 21 million euros to restore the property, set up a five star hotel and a mini-congress centre, even making part of the Guadalevín river navigable through the Tajo gorge. The scheme would create 50 jobs directly and an estimated 150 posts indirectly. The project has changed, however, and Knie’s latest plans centred around a venue for private functions with accommodation possibilities.

While authorities and business owners endeavour to find a way of bringing the Casa del Rey Moro back to life, the condition of the building is gradually deteriorating. It needs urgent work to make the façade and the structure safe and to prevent the roof leaking.

The old bullring of Las Arenas, in Barcelona, and the Bilbao Arena Sports Palace are among the 59 prizewinners of the British architecture awards RIBA, according to the own organization.

The 59 buildings were designed by architects settled in the United Kingdom. The next July 23rd six of these buildings will be selected in order to apply for the prestigious award Stirling 2012 ‘to the major contribution in British architecture’, that will be given in October 13th.

The buildings designers will receive next Thursday a certificate from the Royal Institute of British Architects (RIBA) in recognition of their excellency.

Among the award winners, the RIBA has chosen the Catalonian bullring of Las Arenas, because of its radical transformation, made by Roger Stirk Harbour & Partners. The bullring has been rebuild as a shopping center, but keeping its original facade.