As one of the most moribund housing markets in Europe, Spain has become a magnet for global bargain hunters. Real estate prices are down as much as 50 percent from their peak during a housing bubble, and investors from Asia to the United States and Britain are flocking to Spain to try to catch the uptick. 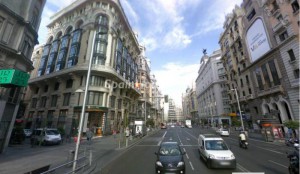 British Airways flights to Madrid are packed with London-based real estate executives. The hedge fund Baupost is buying shopping centers, Goldman Sachs and Blackstone are buying apartments in Madrid, and Paulson & Company and George Soros’s fund are anchor investors in a publicly listed Spanish real estate investment vehicle. Kohlberg Kravis Roberts just bought a stake in a Spanish amusement park complex. Big-name private equity firms and banks are teaming up with and competing against one another on huge loan portfolios with names like Project Hercules and Project Octopus.

Construction reached a staggering 12 percent of gross domestic product, more than double the proportion in Britain or France.
When the bubble burst in 2008, Spain became toxic.

The real estate market started to revive in 2013. Government reforms, including a relaxation of labor laws and stricter rules for banks related to accounting for bad real estate, meant that banks could no longer ignore the assets on their balance sheets. Once the banks had to hold more capital they started to think it was better to sell, analysts and bankers said.

Fitch Ratings recently issued a report saying that real estate prices would continue to fall through 2014, not rebounding until 2015.

There is a lot to sell. Sareb aims to sell nearly 10,500 assets this year, and the top six Spanish banks hold an additional €159 billion worth of real estate and development loans, according to a Goldman Sachs research report.