With property prices in Spain that have fallen significantly since the global financial crisis, many investors are seeing now as the perfect time to put their funds into Spain’s housing market. 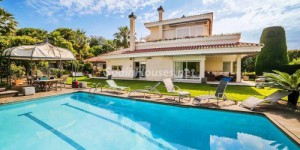 Spanish real estate and construction accounted for around 18 per cent of Spain’s GDP in 2007, with a market capitalisation of more than €30 billion. It is now about a tenth of that, with the result that economists and investors alike are looking at Spain as being one of the last bastions of good value property in Europe.

The National Statistics Institute has confirmed that home sales are rising, up 8.8 per cent in June 2014 compared with a year earlier, while Spain´s society of notaries has reported that foreign buyers favour coastal areas. The breakdown of foreign buyers included 15 per cent Brits, 10 perr cent French, 9 per cent Russians and 7 per cent Belgians, according to the data.

While the influx of foreign property investors is good news for Spain’s economy, the situation for domestic buyers is also looking up. Deloitte’s fourth annual analysis of the Spanish housing market has shown that the average price of housing is now 4.4 times the individual gross salary. This compares with an EU average ratio of 6.1, rising to 7.9 in France and 8.5 in Britain.

Interestingly, many of the ‘domestic’ buyers benefitting from this situation are foreigners already living in Spain. According to data from the Ministry of Development, 89 per cent of foreign buyers in the second quarter of 2014 were already living in Spain. The figures reveal that Malaga is one of the most popular parts of Spain when it comes to home sales to foreigners, which reached a total of 2,499 transactions during Q2 2014 – a level not seen since 2007 and an increase of 30 per cent over Q2 2013.