Is a weak pound and the uncertainty accompanying the Brexit vote having or likely to have an impact on the British demand for property in Spain? 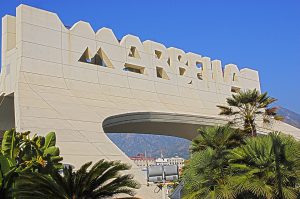 While demand for property has been growing since 2013, a reversal is anticipated given that the market for UK buyers is driven by the strength of sterling.

It is also expected that the buying pond for British owners wishing to sell and return to the UK may also evaporate somewhat in the short term.

However this is not a view shared by those on the ground. Gary Oliver, sales director of Remax property agents, thinks not.

“We do expect some buyers may hold off to see what the coming weeks and months will bring but with little long term impact,” he says.

“We are still getting daily enquiries from UK buyers and have booked viewing trips since Brexit, so we’re confident that the interest will remain strong.

“Given that property prices here in Spain are still 30 per cent cheaper than they were before the crash in 2007, a property in Spain is still an attractive prospect.”
Marbella’s mayor, José Bernal, has stated that “nothing will happen in the short term in terms of status” and that, given the size of the British presence in Spain, “agreements will be established between Britain and Spain” post the UK’s EU exit.

Currency broker Moneycorp is aware that the unexpected result has produced UK political causalities and sterling volatility as markets always react negatively to any uncertainty.

Cesar Crespo, regional manager of Moneycorp on the Costa del Sol says, “There are some points to consider beyond the current state of a low sterling. Firstly, when it comes to destinations that are within a three-hour flight from the UK, that are safe, stable and offer year-round sunshine (mostly), the choice is arguably limited to Spain and Portugal.

“In addition, should a British person elect to purchase a second property in any other country outside the EU then they will still face the same dilemma with sterling weakness. For example, in the case of choosing Florida, sterling has depreciated more versus the US dollar than against the euro.”

In the first quarter of 2016 British purchasers made up fewer than 2.9% of all foreign property buyers in Spain.

“This is important because even if this figure were to fall by 20 per cent, there are still sufficient non-British foreign buyers investing to perceivably keep demand for certain properties on the rise,” adds Crespo.

“Those potential buyers who sit on the sidelines waiting for sterling to rise, in say six months or a year, may find that if a positive rise does occur, it may then be offset by the effect of higher property prices.”