Up to 50,000 people in Malaga province, and possibly millions across Spain, could be in line for a large refund from lenders on their mortgage payments after a surprise EU ruling. This includes 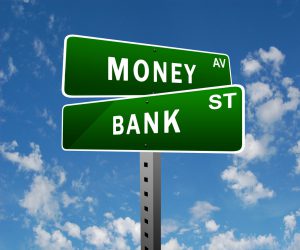 many foreign owners with mortgages in Spain and analysts said that payouts could reach four billion euros.

The European Court of Justice (ECJ) in Luxembourg ruled that Spanish banks that had loaned money to homebuyers on variable interest rates were breaking European law when they refused to pass on the savings from the dramatic fall in interest rates after 2009 by enforcing the so-called ‘cláusulas suelo’, (floor clauses), that prevented mortgage rates falling below a fixed percentage amount.

The ECJ judgement means that many banks will have to return the money to mortgage holders for the whole period overpayments were made and not just from May 2013, which was the date the Spanish supreme court originally fixed for the refunds to be made from.

Customers are now in line for payouts from 2009 when interest rates began to fall below the ‘floor clause’ percentage rate. Commentators said that this could mean refunds of several thousand euros on a typical Spanish mortgage.

Although the European ruling only involves customers from BBVA, Cajasur and Banco Popular, bank shares overall fell on the news as other mortgage lenders will have to fall into line as well once the Spanish courts interpret the decision.

In many cases banks placed a clause in mortgage contracts that stated that the variable rates could not fall below typically two or three per cent, even after the benchmark Euribor rate for setting loan deals dropped well below one per cent.

Once lawsuits began to be filed by unhappy mortgage holders, local courts around Spain started to seek fuller legal clarification.

In 2013 the national Supreme Court ruled that where the ‘floor clause’ wasn’t transparent or explained properly when the mortgage was signed, judges did have the right to order the overpaid money to be returned, however, significantly this only applied for payments made after May 9th 2013 and not for earlier overpayments. The main reason given for no backdating was that the Spanish economy and banking system were still too fragile after the global financial crisis to be able to cope. This week’s new ruling from Europe forces fully retrospective payments.

Consumer groups welcomed the decision, saying that the EU had stood up for the customer more than the Spanish legal system had.

Although early estimates were that Spanish banks may have to find up to four billion euros, the ruling does not mean immediate payment.

It is up to Spanish courts to interpret and execute the judgement and it will only apply to cases where it is decided that the ‘floor clause’ was not explained clearly to a customer. The courts haven’t said that the contractual condition in itself was abusive.

In addition, many banks have already removed the clause and reached individual agreements with their customers ahead of any court action. Experts were divided as to whether people who have already settled with their banks would be able to claim back more money now.

Banks were assessing how much extra money they would need to pay this week, although it is believed that most affected lenders have already made provisions in their financial accounts in case the EU ruling went against them.

Mortgage holders who think they are affected should first identify if they have a ‘cláusula suelo’ in their contract and then either approach their bank or seek legal advice to begin a complaint in court. Not all banks used these ‘floor clauses’.

Even though the process to make a claim via banks has yet to be agreed, lawyers said that some banks may try to negotiate a faster settlement with customers that is less than the full amount of money they owe.