The Costa Brava stretches along the northern coast of Catalonia in the province of Girona from Blanes to the French border.

Travelling through this region is synonymous with sun, fishing villages to stroll among its lush vegetation, hidden coves, crystal clear waters and of course, is synonymous with beaches. In this post, travel with us all the coast to find the best beaches of the Costa Brava.

END_OF_DOCUMENT_TOKEN_TO_BE_REPLACED

Summer is just around the corner if you are thinking about buying a house on the beach, you will realize that the market is no longer the same as in the past. In this post, we tell you about the facets that have changed in this type of housing on the coast.

END_OF_DOCUMENT_TOKEN_TO_BE_REPLACED

Based on a study of Idealista, there is a high percentage of homes for sale in provinces which are in the part of the Mediterranean coast.  END_OF_DOCUMENT_TOKEN_TO_BE_REPLACED 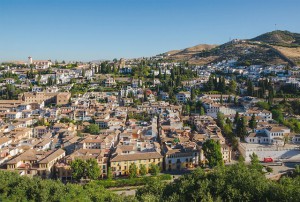 Foreign and domestic homebuying in Spain evaporated when the economy collapsed during the financial crisis, leading to an international END_OF_DOCUMENT_TOKEN_TO_BE_REPLACED