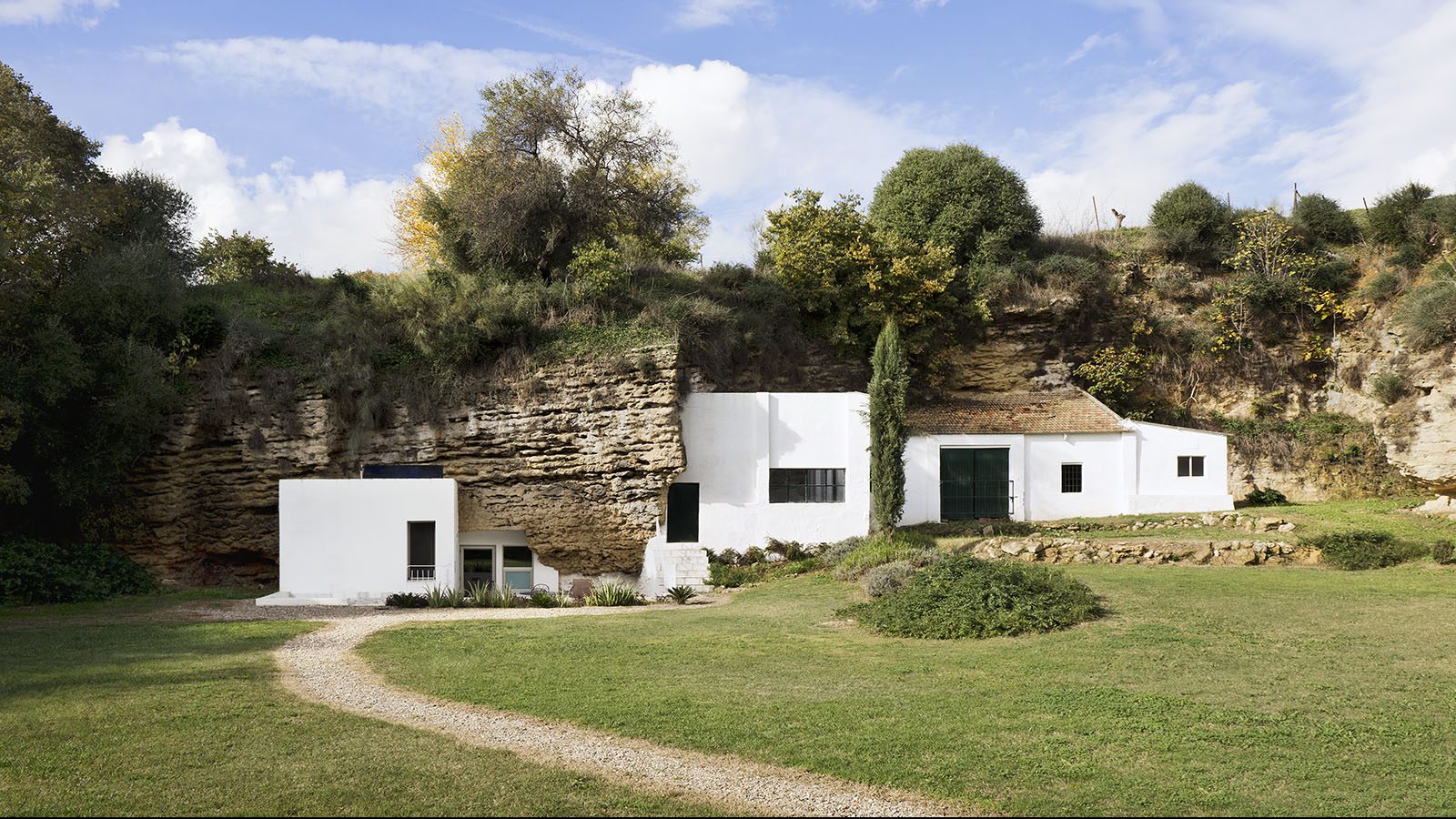 Embedded right into the foothills of Sierra Morena in Villarrubia, Córdoba, END_OF_DOCUMENT_TOKEN_TO_BE_REPLACED

On a regional level, the number of properties bought by foreigners in Andalucía increased by 18.9% in the first six months of this year. The 5,973 transactions in the same period in 2015 rose to 7,105 sales in 2016.
END_OF_DOCUMENT_TOKEN_TO_BE_REPLACED

This rambling 25-bedroom retreat in Cordoba, Andalusia,was designed by the Spanish architect, historian, and essayist Fernando Chueca Goitia (1911–2004) for himself. During the second half of the 20th century, Chueca oversaw the restoration of historic buildings throughout Spain, designed Madrid’s Almudena Cathedral, and wrote The History of Spanish Architecture. He also built himself this hunting lodge in Andalusian palatial style—an estate as grand as the rest of his oeuvre. 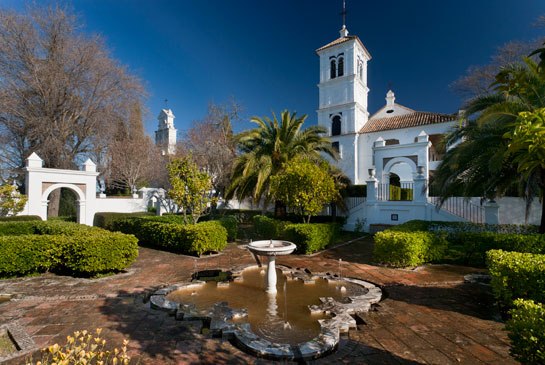 END_OF_DOCUMENT_TOKEN_TO_BE_REPLACED

The Mezquita dates back to the 10th century when Córdoba reached its zenith under a new emir, Abd ar-Rahman 111 who was one of the great rulers of Islamic history. At this time Córdoba was the largest, most prosperous cities of Europe, outshining Byzantium and Baghdad in science, culture and the arts. The development of the Great Mosque paralleled these new heights of splendour.

Today the Mezquita as it is known can be visited throughout the year. The approach is via the Patio de los Naranjos, a classic Islamic ablutions courtyard which preserves both its orange trees and fountains. When the mosque was used for Moslem prayer, all nineteen naves were open to this courtyard allowing the rows of interior columns to appear like an extension of the tree with brilliant shafts of sunlight filtering through. 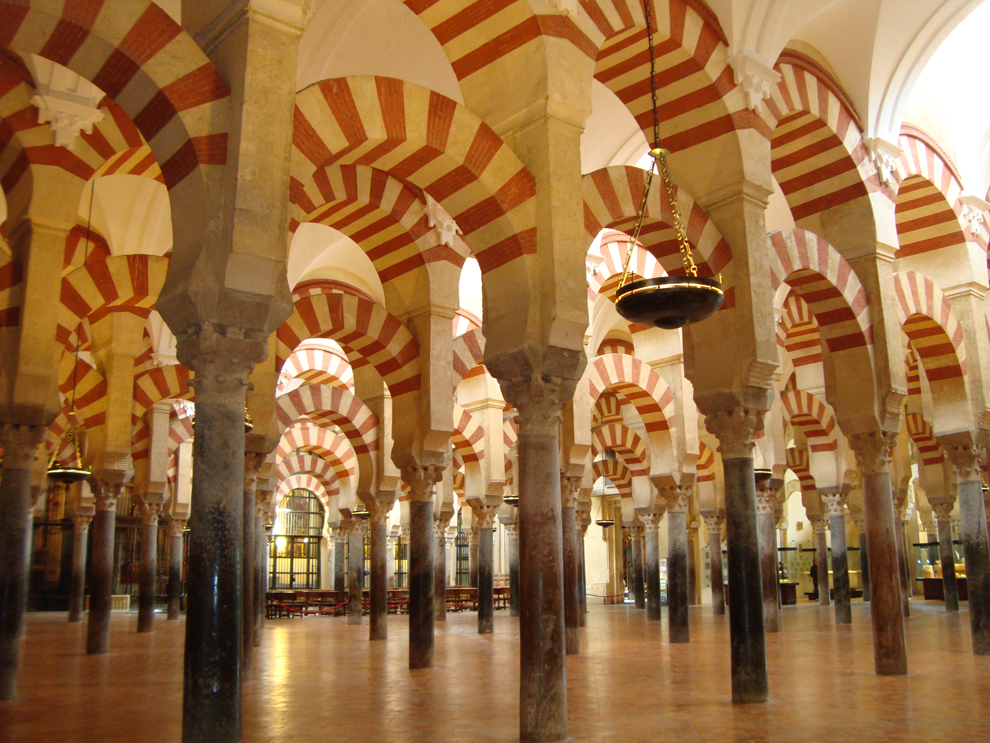 END_OF_DOCUMENT_TOKEN_TO_BE_REPLACED

The Cathedral within the Mosque of Cordoba is located in the historic center of the city and shows a mixture of different architectural styles, as it was built and modified over nine centuries.

The most impressive is certainly its Moorish architecture, one of the most beautiful examples of this art in Spain. When one approaches the modest facade one hardly can imagine to find in its interior one of the greatest monuments of all the country. British author Gerald Brenan wrote: it is the most beautiful and original building of all Spain.

With an extension of 23.000 square meters it is the third-biggest mosque in the world. Its construction started in the year 785 and initiated the so-called Califal style, which combined Roman, Gothic, Byzantine, Syrian and Persian elements. This style dominated all the Moorish-Hispanic architecture of the centuries to come, up to the Mudéjar-style of Moors living in Spain after it was reconquered by Christians. Works took 234 years, so the original Gothic style is combined with Baroque and Renaissance elements Remarkable are the Cardinal's Chapel and its treasure, including a monstrance of Enrique de Arfe, an ivory crucifix of Alonso Cano and important sculptures and paintings. 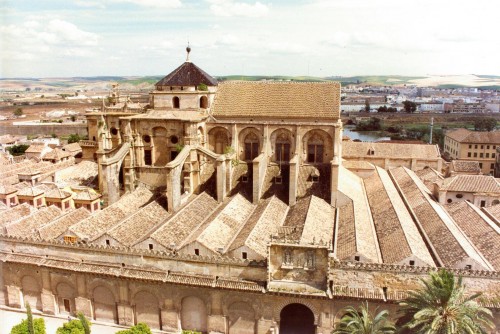